The music is done by Jetse de Jong the music was recorded right in the center of Amsterdam. The film is edited by Vittorio Bedogna

The Gafffer and camera was done by Ger Adrichem and his brother Aad Adrichem. An amazing group of people I would love to work with again,

The movie is set in some of the real authentic places that are gems hidden away in the city. It is a silent film inspired by an amazing short story with the similar title written by Nikolai Gogol– if you seen the short film let me know if you see similarities. 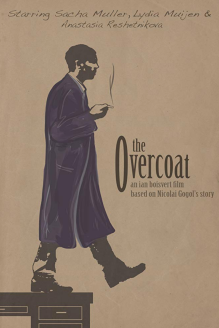